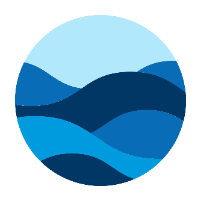 Warning : This page is under maintenance and will be rewritten during the week

A continuous integration (CI) process has been implemented in order to deploy and test a custom cluster before merging any pull requests. Source code can be found in https://github.com/seapath/ci.

For now on, the CI is implemented for the Debian version of SEAPATH on the Ansible repository.

The CI is based on GitHub action and has been completely dockerized in order to guarantee its reproducibility and scalability.

The CI operate on the Debian operating system. To avoid many problems, all machines are already flashed with a Debian iso and the CI will only configure the systems using the Ansible playbooks. This implies the iso creation and the boot process can't be tested.

A cluster running Debian is configured and linked to a self-hosted runner, on which the GitHub Action for the CI will run.

The CI job is divided into different stages :
- Fetch the sources of the pull request to test
- Launch the Debian configuration and hardening using Ansible playbooks
- Deploy Cukinia and launch tests
- Generate and upload the test report

The CI use Cukinia, a system-level validation framework as testing tool, all tests launched on Debian are available at https://github.com/seapath/cukinia-tests/tree/main

No Real-time or latency tests are run on the CI for now. We plan to integrate these tests at every releases of the SEAPATH project.

The CI can fail in two ways :
- The configuration of Debian is wrong and the associated Ansible playbook fail
- The non-regression tests fail

The failure of the configuration can be observed in the CI logs.

After the configuration, all tests will be gathered in a test report. All the test contained in the report must pass for the pull request to be merged. 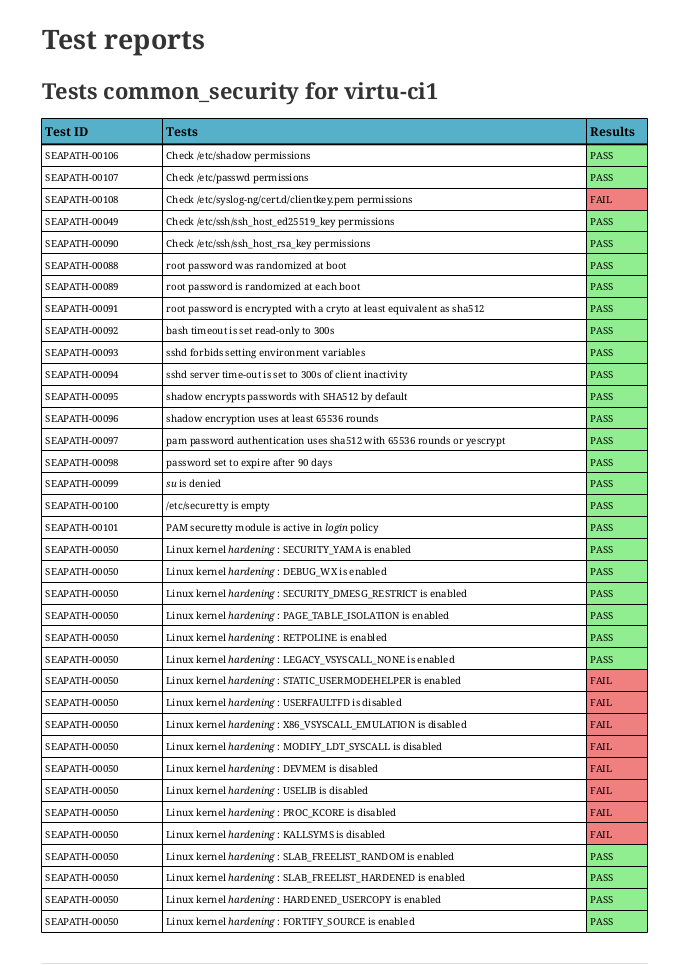 The CI is actually running on the debian-main branch of the Ansible repository : https://github.com/seapath/ansible/tree/debian-main
Every pull request need to pass the tests to be merged.

After opening a pull request, wait for an approval of a member of SEAPATH. This will trigger the CI as a GitHub Action. The logs of the CI are visible on your pull request page, either in the "Conversation" tab or the "Checks" tab.
All running actions are also visible in the Actions tab on the repository.

The complete CI takes about 15 minutes. At the end, the test report is available through a link given in the log of the Github Action.

Host your own CI