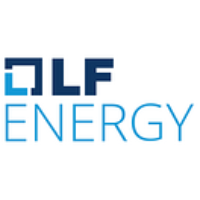 This lifecycle document is maintained by the LF Energy Foundation (“LFE”), and its purpose is to:

LFE may adopt or amend this document by votes of its Technical Advisory Council (“TAC”) and Governing Board.

All Projects must meet the Sandbox stage requirements. It is possible that some projects may be approved as Active stage at the same time to advance directly to those stages.

Projects being submitted to the LF Energy TAC at the Sandbox level are intended to be the entry point for early-stage projects. Characteristics for projects at the Sandbox Stage may be one or more of:

Note that the Sandbox stage is common across this lifecycle as well as those for Technical Projects and Working Groups. This enables a project in the Sandbox stage to shift to one of the other lifecycle tracks if the deliverables better align with those lifecycles.

To be accepted at the Sandbox stage, a project must:

The Sandbox Stage benefits are outlined below.

Sandbox Stage projects should provide a quarterly report to the TAC outlining its progress on completing the requirements for the Active Stage.

It’s expected that projects in the Sandbox Stage move to the Development Stage within one year, or to a post-Sandbox stage of the Techincal Project or Working Group lifecycle if those align better with the deliverables and workstream. In the case of a Sandbox Stage project that is not renewed with LF Energy, the trademark and any other assets will be returned to the project maintainers or an organization they designate.

Development stage projects are those which have formed and formed and are ready to begin building their initial deliverables. These projects have established governance and scope, which position the project ready to begin collaboration on the standards works.

To be considered for the Development Stage, the project must meet the following requirements:

Development stage projects receive a broad set of infrastructure and open source outreach services to ensure the collaboration can be successful. In particular, Development projects are entitled to the following benefits in addition to those at the Sandbox stage:

Stable stage projects are projects that have produced an initial specification release that has been tested and the feedback had been brought back into the specification. The specification that is being collaborated on by the project would be generally considered a standard ready for mass adoption at this point.

To be considered for the Stable Stage, the project must meet the following requirements:

Development stage projects receive a broad set of infrastructure and open source outreach services to ensure the collaboration can be successful. In particular, Development projects are entitled to the following benefits in addition to those at the Sandbox stage:

Emeritus projects are projects which the maintainers or the TAC feel have reached or are nearing end-of-life. Emeritus projects have contributed to the ecosystem, but are not necessarily recommended for modern development as there may be more actively maintained choices. LF Energy appreciates the contributions of these projects and their communities, and the role they have played in moving the ecosystem forward.

Projects in this stage are not in active development. Their maintainers may infrequently monitor their repositories, and may only push updates to address security issues, if at all. Emeritus projects should clearly state their status and what any user or contributor should expect in terms of response or support. If there is an alternative project the maintainers recommend, it should be listed as well. LFE will continue to hold the IP and any trademarks and domains, but the project does not draw on LFE resources.

Emeritus stage projects will have a long-term home for the project assets and other materials. Each Emeritus project will have a sponsor from the TAC to monitor any security or trademark concerns raised, and at the TAC’s discretion may address them. LFE will remove the promotion of Emeritus projects from its website and other promotional materials.

The TAC will review each project on an annual basis. This review will gauge whether the project is still at the correct maturity stage based on the criteria for the current stage.

Projects will schedule their annual review as part of the next TAC meeting following the anniversary of the project’s acceptance. Projects should prepare a short presentation that covers the following points, which the TAC will use in its review of the project: